What is the Story Behind The Bottle Depot?

If you live in Calgary chances are you have been to the bottle depot. Every consumable drink container in the province requires that a deposit is paid when it is purchased. That deposit is refunded when you return the container, which requires a trip to the Calgary bottle depot. 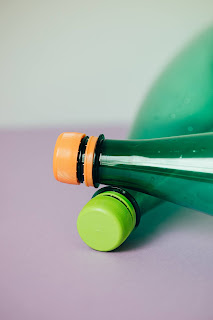 Well, in the early 1970's, the disposal of single use beverage containers had led to a litter problem. As a result, non-refillable beverage container recycling began. This also includes rules requiring manufacturers to be responsible for their empty containers. Because bottles were expensive to produce, manufacturers used a deposit-refund system to ensure that consumers returned the bottles after use, and embossed the bottles with their logo and name as a means of claiming ownership. Now that bottles are much cheaper to produce, because the companies creating them are required to reuse materials, meet emissions targets and are responsible for ensuring their bottles end up be recycled, they are still concerned with where they end up.

So, this is how governments have trained the beverage bottling companies to participate in the deposit system. And consumers want to get their refund back so they will collect and return the bottles. But then there was a gap of where do the bottles get taken. In history, because each bottle had its makers logo on it, you had to return it to them directly. As the number of beverage bottlers increased, it became necessary to have a single location to bring the bottles to. Thus, the bottle depot was born!

Alberta is home to one of the most innovative and effective container recycling programs in all of North America. Calgary bottle depots make money through unredeemed deposits, the sale of recycled scrap material and a Container Recycling Fee that is charged on each container that is sold (usually one cent per container). TAll of this revenue supports the costs associated with collecting, handling, transporting and processing empty drink containers once they have been returned to a Calgary bottle depot, which helps to maintain an effective and sustainable recycling system.

So next time you buy a consumable beverage container, pay attention to the charges on your receipt to see the CRF fee and give some consideration to the positive impact being made by using the bottle depot. They contribute a lot of jobs to our community and help to keep our city cleaner with less litter in our streets and waterways. Calgary is considered one of the cleanest cities in the world and we think the Calgary bottle depot must have something to do with maintaining that status!

Popular posts from this blog

Getting A Much Needed Local Math Tutor

By anujvashistha May 05, 2022
When your kid comes in from school with a frown on their face and in a bad mood from math class, it may feel like you can’t help them. School can be difficult for kids, and when you add additional struggle in there, it can make it feel unbearable.  As a parent, there’s no doubt that it’s also difficult to see your child struggling with math. This being said, there are so many ways to help your children! From figuring out ways to teach your child math to find them the right person from your math tutor , there are so many options.  Here are some warning signs that your child is struggling with math:  - Their grades are dropping either just in math class or with other subjects as well - They have a bad attitude towards school or towards math - School has started giving them anxiety  - They are struggling with either starting or finishing their math homework at home, or put their homework off entirely.  - They are struggling with day-to-day math, like checking the time or doubling a recipe
8 comments
Read more

Things to Look for in a Math Learning Centre

By anujvashistha May 03, 2022
Since the millennia, arithmetic has been and always been an essential part of the curriculum. Pythagoras, the Greek philosopher, and a mathematician were the first to attempt to codify the underlying scientific laws of the cosmos using mathematical. For some kids, mathematics is exciting because of the gorgeous geometry, the straightforward solutions, and the pure joy of completing a small problem. However, simple mathematics may be a source of stress for certain people. That's why there are lots of Math Learning Centre that offer help for these students. Even if a student does not want to pursue a career in engineering, a firm grasp of fundamental arithmetic and a strong performance in math classes at school may open many possibilities. Your children may use abilities in math and numeracy to: ✔ Developing and promoting finances ✔ Accounting and tax-filing freedom for small businesses ✔ Enhancements in routine chores like house improvement and foreign exchange rates have been made
3 comments
Read more

Shipping anything from USA to Costa Rica

By Vishal Sharma April 11, 2022
Are you going to ship anything from USA to Costa Rica? Or are you planning to relocate to Costa Rica and need to ship some of your household items? If yes, then you need to know the groundwork for shipping the items to Costa Rica from USA.   Here are some of the documents that have to be taken into account when Shipping to Costa Rica : Shipping paper work: 1.        The required documents for shipping to Costa Rica will vary based on the nature of the shipment but the basic paperwork will include: a.        Commercial invoice or export license if you are exporting commercial products b.       Bill of lading for ocean cargo and airway bill for air shipments c.        Packing list that are itemized d.       Insurance certificate e.       Certificate of origin. Although it might seem that there is a lot of paper work required with shipping items to Costa Rica, it is not a complex process if you have a good shipping company to help you with the entire process. The shipp
Post a Comment
Read more

This just a demo text widget, you can use it to create an about text, for example.